JUNIOR RANGE BACK IN STOCK 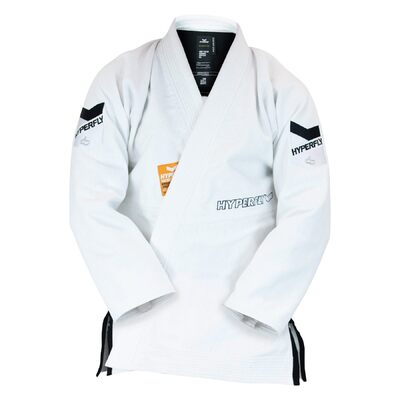 In professional fighting the time, effort, and sacrifice a fighter makes to achieve notoriety rarely goes noticed. The flashy knockouts, the raised hand, the post-fight press conference...those are the things that are shown to the world.

Rarely do fans fully comprehend the countless rounds of sparring, the years of practicing a single technique, the grueling weight cuts, or the persistent overcoming of injuries that lead to that moment.

Or the series of events that led that individual to become a fighter in the first place, and enter one of the most brutal careers one can ever choose.

Khalil Rountree Jr had a rough childhood, losing his father to gun violence at just two years of age, then living an unhealthy adolescence, overweight and addicted to cigarettes. It wasn't until he started watching The Ultimate Fighter at age 20, weighing 300 pounds did he decide to turn his life around and start training in martial arts.

Six short years later Rountree was competing in the finale of The Ultimate Fighter himself, vying for his place in the UFC. "The War Horse," as he's known, now holds an 8-5 record in the UFC, with one 'Performance of The Night' award, and has lived in Thailand to study Muay Thai under the best coaches on earth.

You have had a rough past, how have martial arts and fighting helped you throughout your life?

Martial arts taught me self worth, self-confidence, willpower, strength and discipline. All things I never really experienced before taking the path of martial arts.

What was it like living in Thailand and training with the world's best Muay Thai fighters?

It was unreal. I learned so many new things, especially on outlook and mentality. I now have a new appreciation for hardworking fighters who train no matter the circumstances. In Thailand there is no room for excuses. You either show up to training everyday or fall behind.

What qualities do you credit for reaching the UFC and the success you’ve achieved in the sport?

Self-belief, intention, authenticity, and heart. I believed I’d be where I am today, and stayed true to myself and to my arts.

What advice would you give to someone who wants to achieve success in martial arts?

Get ready for the hardest and most rewarding journey you’ll ever encounter.

What’s next for you in your career?

Being more involved with the people who keep this sport alive - the fans. We’d be nothing without them so I want to be the man who interacts with the fans and gives them a more tangible MMA experience by connecting and listening to their voices.