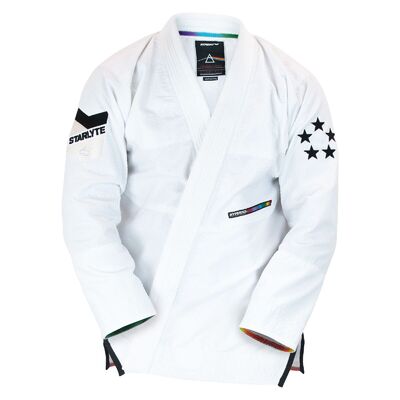 Bruno ‘Bruninho’ Barbosa has been with us for over 5 years and we were blown away by his technical ability in his Jiu-Jitsu during our trip to Singapore back in 2017. Since then, Bruninho became an integral part of our Hyperfly SEA team and supported us through highs and lows. But the more we get to know him, his attitude, loyalty, and kindness really inspired us to support his journey on and off the mat. Doesn’t matter win or lose, Buninho will always get back up and do his best he is the true embodiment of our YCTH. Movement. Enjoy our Q & A session with one and only Bruno ‘Bruninho’ Barbosa! Thanks for your time brother!

Bruninho! Thank you for taking your time! How is your recent trip to Brazil and competing in your home country?

It’s been a blessing to be back in my country after 3 longs years.
The last time I competed in Brazil was 7 years ago. I really missed that Brazilian competition vibe. Also, it’s really good to see my family and friends after a long time. How did you start Jiu Jitsu?

I started when I was 16 years old. I love sports. I’ve done kung fu, football, capoeira and aikido before Jiu-Jitsu. A friend of mine took me to the gym to do what I thought was Judo. The Professor put me to roll on my very first day and I fell in love with it. I never stopped since then. It’s been almost 23 years

As a Brazilian, living in an Asian country can be very different with culture, food, language, and people. What made you move to Malaysia to settle in and how did you overcome cultural differences?

I wanted to travel out of Brazil since I was a blue belt. It was my dream to compete in the Pan American in the USA.

Then fast forward to 2012 when my friend told me that there was an opportunity to work as a JiuJitsu instructor in Malaysia and I took that opportunity. I’ve won many tournaments in Malaysia as a coach. The people who trained with me did really well in the local competitions and even overseas as I also managed to help one of my students to become a world champion in Abu Dhabi at the World Master and Bronze at the European Open in Portugal.  Also, another student got Bronze Medal at the world masters IBJJF. So I can stay here talking about all my former/students' achievements for hours. They all did great things. They helped me to be who I am today. I’d be nobody without my students.

The challenge was food and of course, the language because I didn’t speak any English at that time. So it was mentally challenging. But I managed to overcome those challenges by not running away from them even though I wanted to quit many times. But my wife is one the strongest person I’ve ever met and she’s responsible for most of my success. I remember I called her while she was still in Brazil and I was crying because I didn’t understand what people were talking. I told her I wanted to quit and go back to Brazil. Her answer was: no way, you’re not coming back. That was it!

Let’s talk about your training routine! What do your day and week look like?

When I was in Malaysia my days were very busy with work and training. It gets crazier when I have a competition coming up. I followed a weight lifting program designed for Jiu-Jitsu with a coach who’s also a JiuJitsu black belt and I train hard with my students on the mat.  I mostly roll and try to play the game I want to apply in the competition. So I try to do the same thing against everyone I roll. I train 5 days per week and rest two days like Wednesday and Sunday for example.

What was the most memorable moment in your BJJ/Grappling Career?

Oh man, there are many memorable moments but I will mention two of those.

And the second one was when I was invited to compete in the NO-GI Invitational submission-only EBI rules in Singapore. It was an Absolute division and I was the lightest athlete. I was able to get to the final against one of the best in the world Craig Jones. For someone who didn’t think would pass the first match, I believe that was a great achievement. And after that, I was contacted by Hyperfly.

Jiu Jitsu is a hard sport, and many people drop out in the middle of their journey. What advice would you give to beginners starting Jiu Jitsu?

Jiu-Jitsu is like our life. We go through good and bad days and we keep going. So use the same mindset. It’s hard. It will be hard, but eventually, you will learn how to deal with the frustration and you will be able to use that in your daily life. Whatever you go through on the mats will mirror what happens outside. The way you deal with the problems on the mats you will deal the same way out of the mat. It’s not just about fights and belts. Jiu-Jitsu is more than that.
It's like you’re training for your life, you can make mistakes over and over and try again and again. Sometimes in life, we don’t have that many chances when we make mistakes.

So, keep going. You won’t regret it.

How have you enjoyed working with Jordan and Hyperfly Team over the years?

It’s been amazing to work with Hyperfly and Jordan. I get more than what I need.
I had a knee injury during the final of the absolute division of ADCC OPEN in the Philippines in 2018 if I’m not mistaken. Jordan took care of my treatment even tho it wasn’t in our contract. There were other situations that made me fall in love with Hyperfly and understand that our relationship it’s not only about competition and marketing. It’s way beyond that. What are your plans for the future?

My plans for the future are to keep competing and helping more and more people to achieve their goals in our out of the mats and of course having Hyperfly by my side.

Lastly which Hyperfly Product would you recommend? What is your favourite out of all?

Thanks, Bruno! Check out some of Bruno's insane skills on his Instagram page and keep an eye out for him in the upcoming comps across the globe.